For the Successors to the Lithium Ion Batteries, Emerging Companies Take On Development | 3DOM is covered by Nikkei Business Daily and Nikkei’s electronic edition.

3DOM has Developed Next Generation Rechargeable Batteries｜3DOM is covered by Kaiji Press.

Application of lithium ion battery is expanding all around the world, particularly to electric vehicles (EVs), small consumer applications such as smart phones and drones, and stationary energy storage systems that are installed in houses with solar panels.

Lithium ion battery, however, uses many combustibles as materials for electrolytes and other components. The lithium-nickel-cobalt composite oxide used as the cathode material can be locally short-circuited depending on the usage such as repeated rapid charging and discharging. When Joule heat is generated because of such reasons, there is a possibility that the cathode material is thermally decomposed, thereby releasing oxygen, and at the same time, the electrolytic solution is burned to cause ignition. If another cathode material such as a lithium composite oxide having higher heat resistance is used, there is an issue of reduced energy density. Under the situation that batteries with higher energy density are required, how to improve reliability without lowering energy density has been a challenge.

This time, 3DOM has paved a way to maintain and improve the energy density of the battery through the application of 3DOM’s unique material mixing technology while improving the reliability of the battery by application of highly heat resistant material as a portion of cathode materials. Further, this particular heat resistant material is composed without the use of rare earth cobalt. As it has become possible to reduce the portion of cobalt in the entire cathode materials of the battery, this technology will lead to avoid future fluctuation in market prices of cobalt and to counteract its resource shortage.

The new lithium ion battery cell that is successfully developed this time is housed in a pouch and is in a 30 Ah class. 3DOM has started supplying samples to several companies mainly in Southeast Asia by utilizing 3DOM’s own network and Singapore subsidiary. Further, 3DOM is studying the application of the battery cells to the products of LAVLE, which is 3DOM’s US affiliate that engages in the electric vessels business. Currently, in cooperation with battery manufacturers in the alliance, 3DOM plans to use some portions of the existing factories for mass production and sales of the battery cells from 2021.
In the future, 3DOM aspires to further improve energy density while improving reliability of batteries by using higher energy density materials and applying 3DOM’s proprietary separator technology that realized a uniform three-dimensional multi-porous structure. 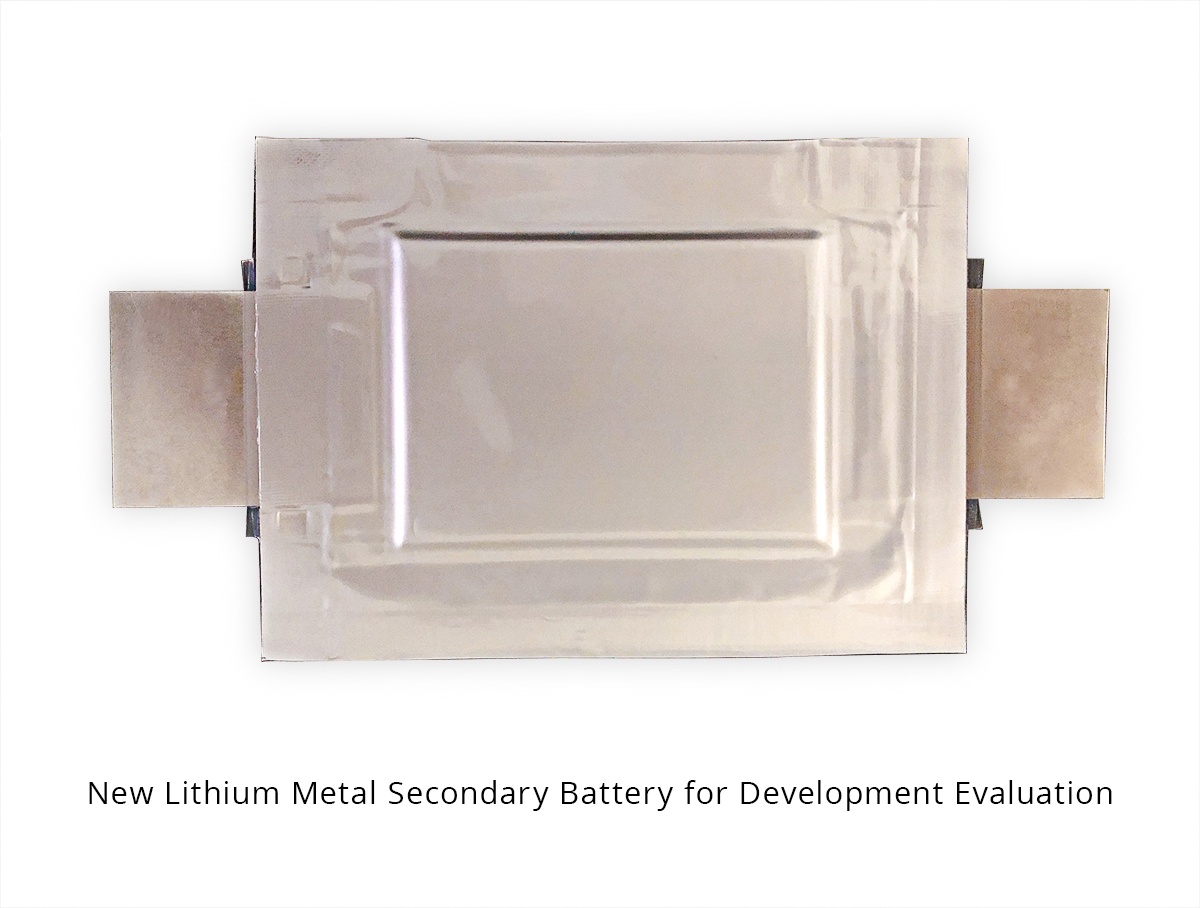 Application of lithium ion battery is expanding all around the world, particularly to electric vehicles (EVs), small consumer applications such as smart phones and unmanned aerial vehicles (UAVs) including drones, stationary energy storage systems that are installed in houses with solar panels, etc. For UAV application, in particular, it is required to reduce the weight of the battery, the power source, as such technology greatly affects the flight time.

Although carbon materials are used for the anode of lithium ion batteries, research and development of silicon alloy anode and lithium metal anode are now underway in various fields in order to further improve the energy density. However, until now, no sufficient performance of long life has been obtained.

In line with the research and development of the proprietary 3DOM separator that have been continuing since the Company establishment in 2014, the Company has continued to undergo vigorous research and development of lithium metal anode battery. This time, 3DOM has paved a way to maintain and improve the energy density of the battery that just meets the requirements of the customers, achieving both the weight energy density and life span performance.

The new lithium metal secondary battery successfully developed this time has twice the weight energy density of the conventional lithium ion secondary battery. The performance evaluation test has started as a secondary battery for UAV, and it is being planned to install the battery on the actual UAV two years later at the earliest.

In the future, by applying 3DOM’s proprietary separator technology and using materials with higher energy density, the Company aspires to further improve energy density while improving reliability. 3DOM plans to enter into various markets including the UAV application market which is expected to grow and weight reduction is particularly required.